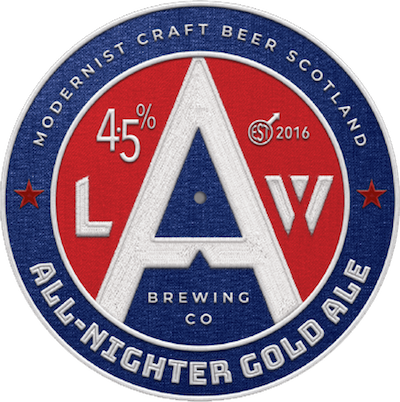 An intensely smooth Stout that tastes like an air-cushioned chocolate covered cherry. A symbol of rebellious self expression.

Law Brewing Co (est. 2016) is named after Dundee’s most distinctive landmark of 572 feet high; the ‘volcano-esque’ slopes of the Law.

Its predominant feature is an extinct volcano formed around 400 million years ago and the name originates from either the Gaelic or Anglo-Saxon (hlāw) word meaning a ‘mound’. The modern word Law means ‘a principle governing action or procedure,’ and we aim to follow this and encapsulate an ethos and benchmark for producing high-quality beers in an ethical and sustainable manner.